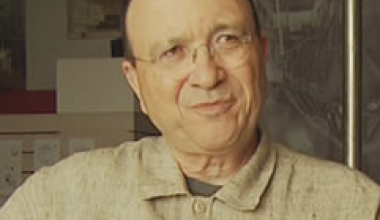 Michael Rotondi is the founding principal at RoTo Architects in Los Angeles and has practiced and taught architecture for over 30 years. He was a co-founder and for ten years (1987-1997) the Director of the Southern California Institute of Architecture (SCI-Arc), where he continues to teach and serve on the Board of Directors. He has taught at ASU's Herberger Institute for the Environment since 1999, commuting from Los Angeles.    Michael's design projects range in scale and diversity, including a city hall and plaza in Los Angeles; a recreation center for teens in Los Angeles; a rehabilitation and education center for Raptors in Phoenix; a tribal center for Native Americans in Eureka, California; a Tibetan Buddhist temple in Tehachapi, California; a skate park in Los Angeles. Michael's work been published widely and he has lectured and taught throughout the world.  Michael was elected to the AIA College of Fellows in 1985, and awarded the American Academy of Arts and Letters Prize for Architecture in 1992. In 2009, the AIA/Los Angeles awarded him the Gold Medal, the highest honor conferred by the chapter.