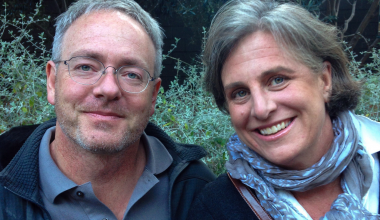 Thirty million people in the US West depend on dwindling snowpack, delivered via energy intensive conduits, while flushing stormwater to channelized flood control structures once known as rivers. The need to invert, offset, perforate, mutate, and adapt obsolete Holocene systems to an Anthropocene hydrologic regime is recognized, urgent, and just at its beginning.

What role can design play beyond technical fixes? ALI is founded on the belief that design professions have an unrecognized potential to catalyze public imagination, action, and leadership in the face of hydrologic variability brought on by climate change. To do so, design education has to change, and professional practices will as well.

What are the full potentials of place-making in water-stressed environments?  How best to disrupt customary ‘sustainbility’ curricula to reengage, inspire, even radicalize young designers in drylands? What are the obstacles to building a water-conversant design profession? What is the role of disciplinarity? History and the humanities? Quantitative reasoning? Policy analysis? Direct observation and direct action? What does the ancient have to teach the contemporary? Where is the covalence between industrialized and traditional? Can strategies designed to decarbonize the developed world be deployed to relieve acute suffering in the developing?  Can the US West serve as a testbed for drylands globally?

ALI sees the careful, explicit design of water systems as fundamental to the crafting of meaningful, durable places.

Peter Arnold, a native Coloradan, studied environmental design and physics at CU Boulder and earned his M.Arch. at SCI-Arc. He has taught design and geospatial research studios at Woodbury and UCLA, and has photographed the infrastructural landscapes of the west extensively. Current research includes analytic modeling and visualization of ephemeral stream systems in arid rural environments; the analysis of embedded energy within imported water supplies in the urbanized west; and the quantification of stormwater as groundwater augmentation supply.

Hadley Arnold was trained in art history at Harvard, served as Associate Editor at the Getty Center for the History of Art and the Humanities, received her M.Arch. from SCI-Arc, and has taught urban history, theory, and design studios at SCI-Arc, UCLA, and Woodbury.

With support from the Graham, LEF, Bogliasco, and Frankel Foundations, the Metabolic Studio, the World Water Forum, Woodbury University, and major grants from the US Department of Housing and Urban Development and the US Environmental Protection Agency, the Arnolds have focussed their teaching, research, and practice on drylands design since 1998.  Peter serves ALI as Director of Research, Hadley as Executive Director.